Interior decorator, Elaine Parry, was attracted to France and French chic from a young age. She grew up in Bath, England, then in 1988 went to Paris to train and become a retail display artist to the celebrated couturier, Lanvin, in the Rue Faubourg Saint Honoré.

Two years later she became display artist to Cerruti, Place de la Madeleine, both in France and abroad. At the same time she was consultant decorator to many other names in the French couture industry.

Although still passionate about this work more than twenty years later, she eventually sought a life style favouring the beautiful French countryside and so resettled in Touraine. Now Elaine is specialising in making the most beautiful hand made lamp shades and soft furnishings, such as bedspreads, curtains, cushions and roman blinds. All are made with the greatest attention to detail, her aim being to achieve a harmonious and artistic approach to complement the whole of your home.

The bespoken lamp shades are an essential element in the decorative scheme. Each takes between twelve and thirty hours to complete depending on the degree of sophistication: the nature of the folding, pleating, gathering and lining and the finishings and colours, all of which determine the charateristic of each individual piece. Fine organzas and purest silks are scalloped, stretched and worked and finished in such a way as to hide all stitching and accentuate the individuality of each shade. Each shade is truly a work of art in its entirety. 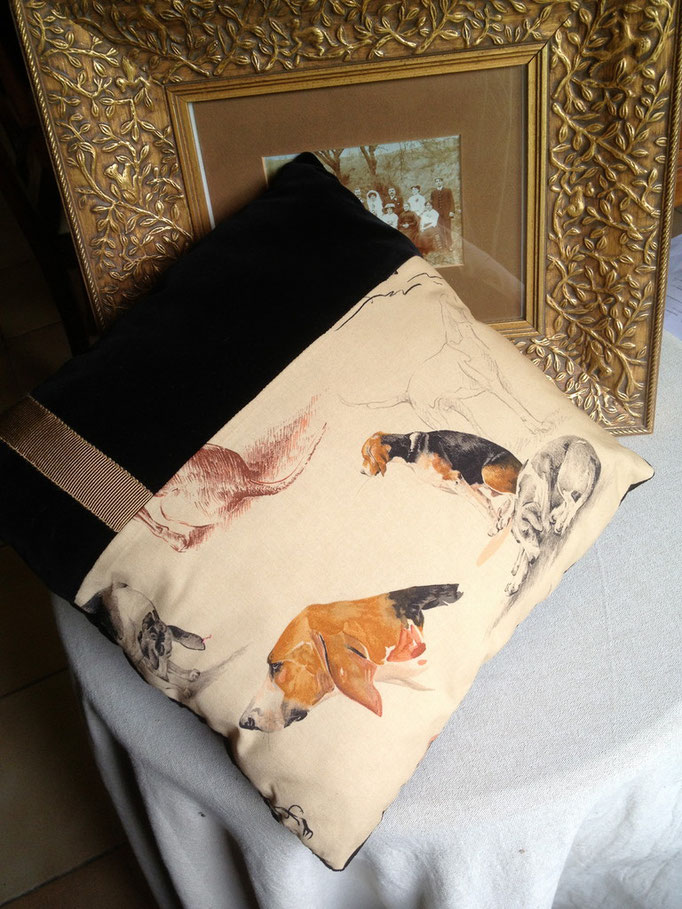 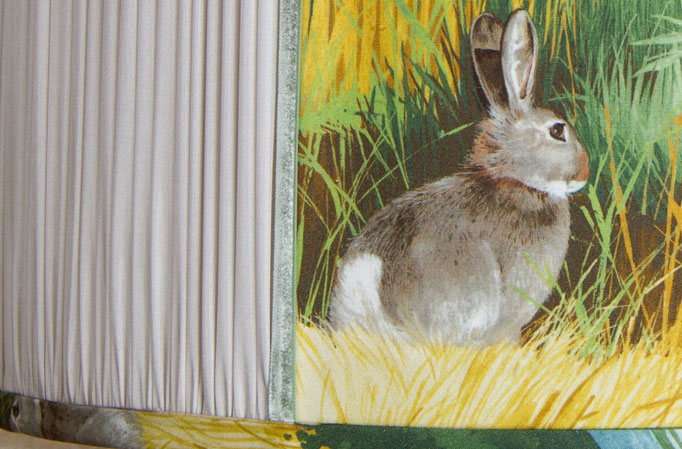 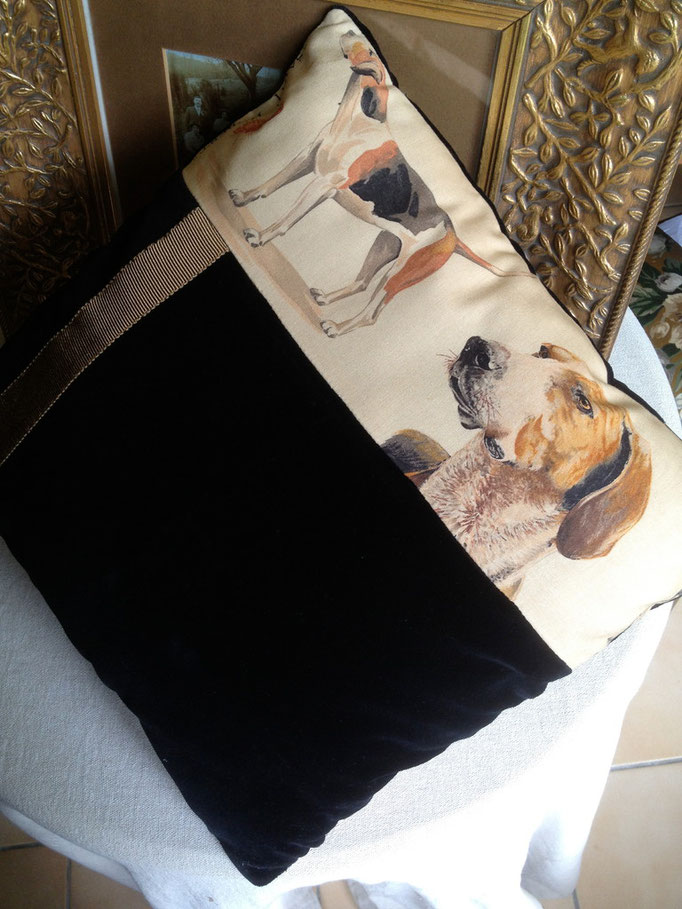 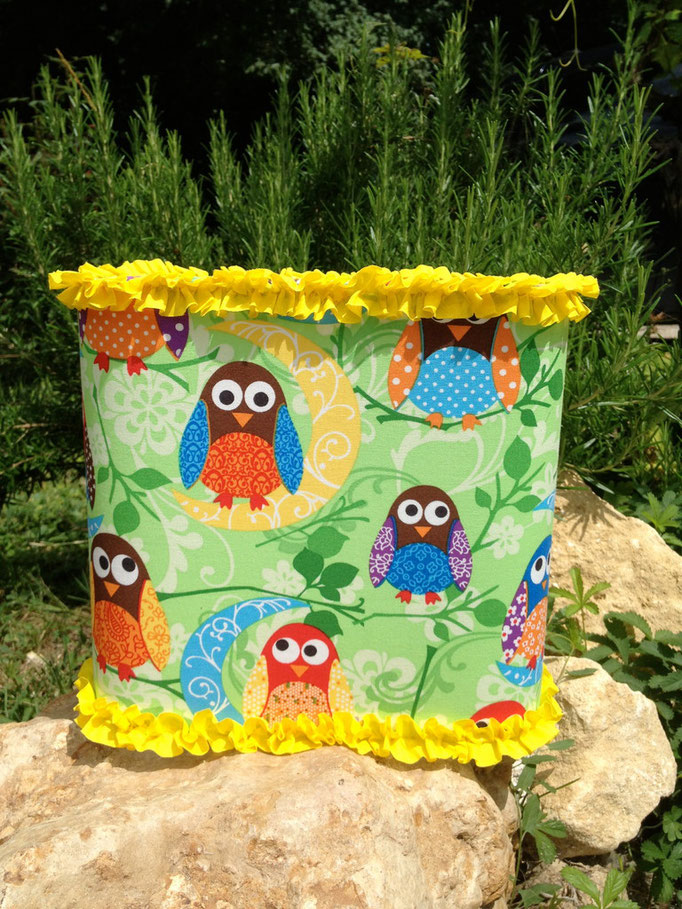 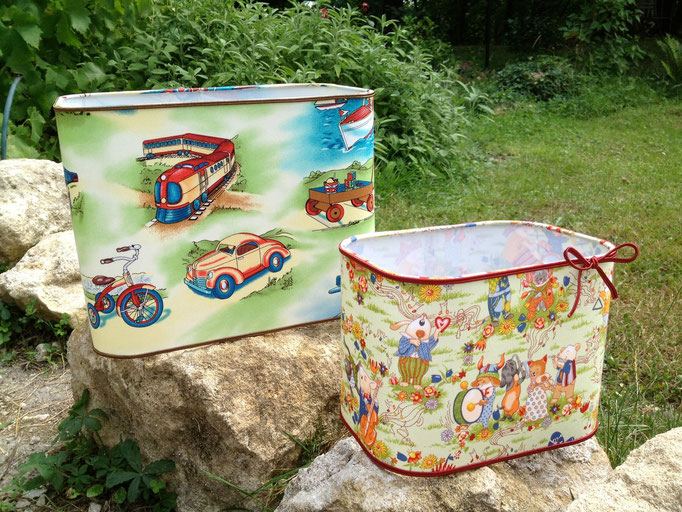 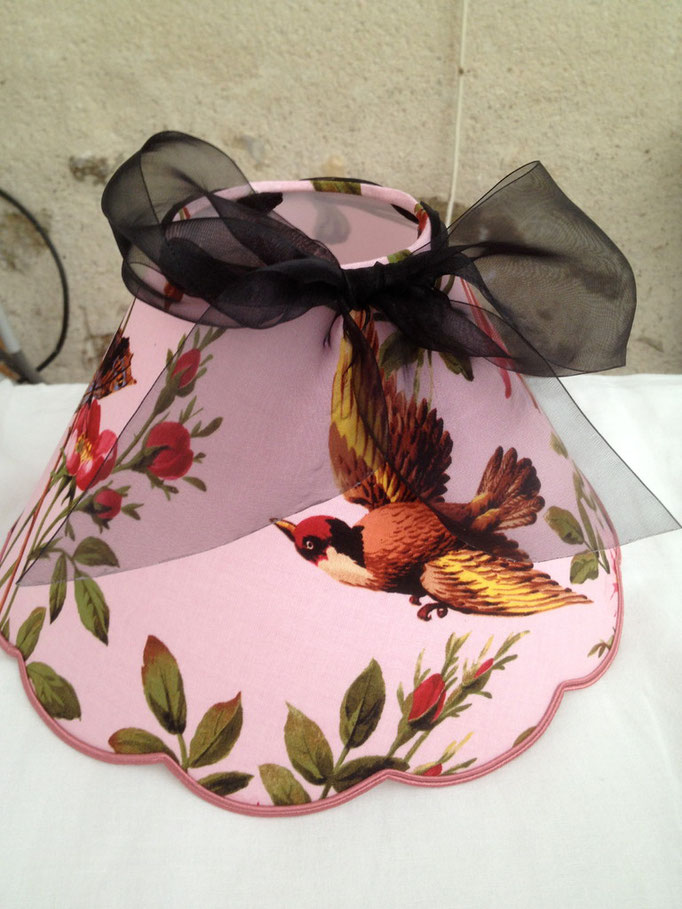 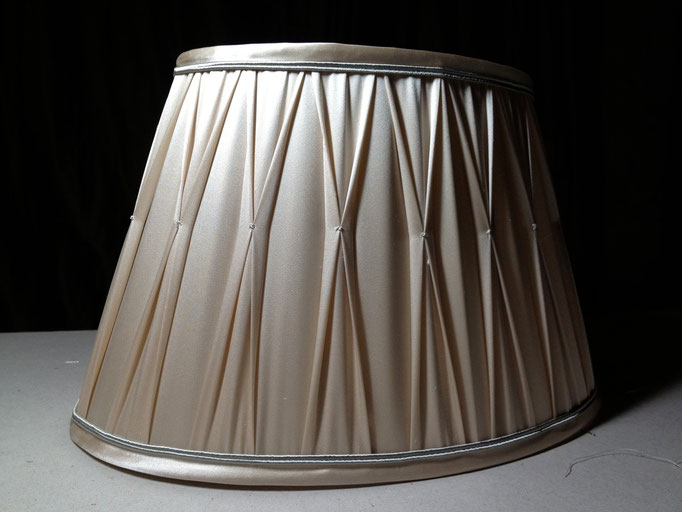 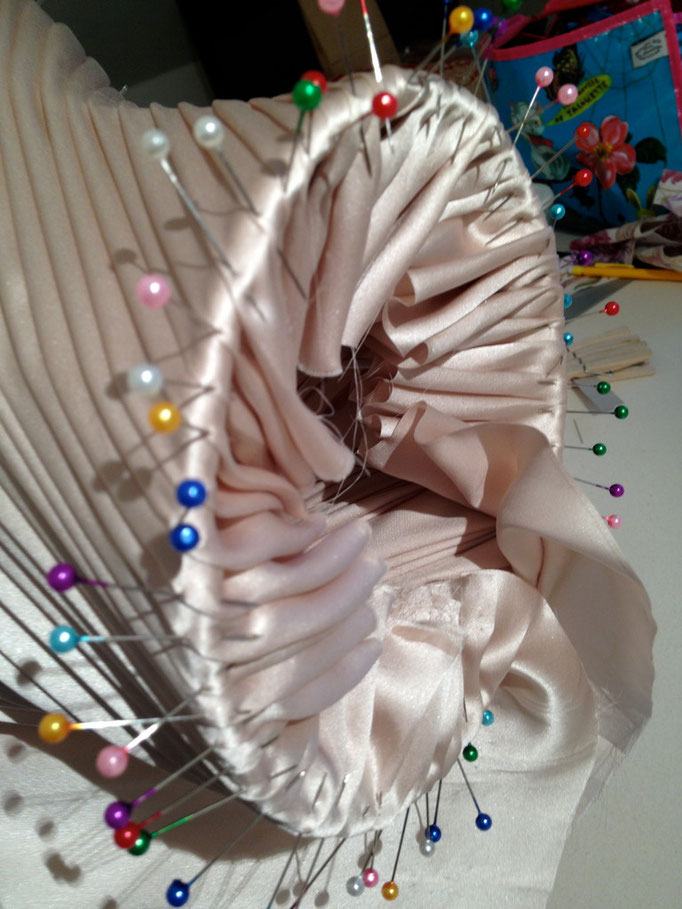 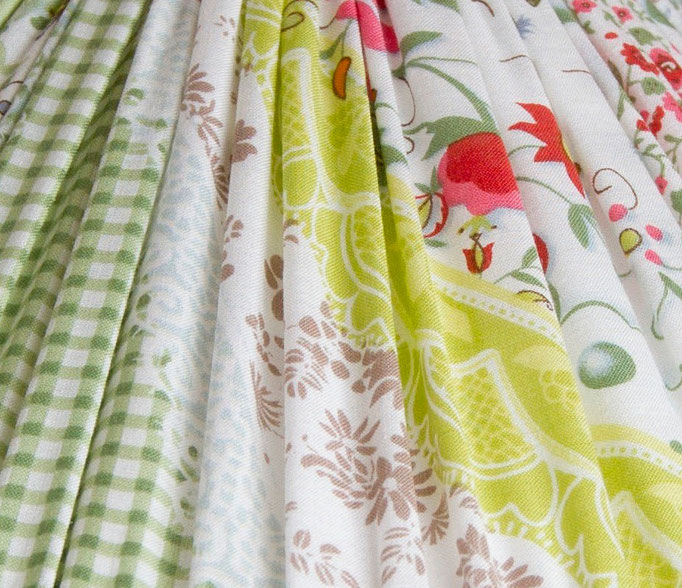 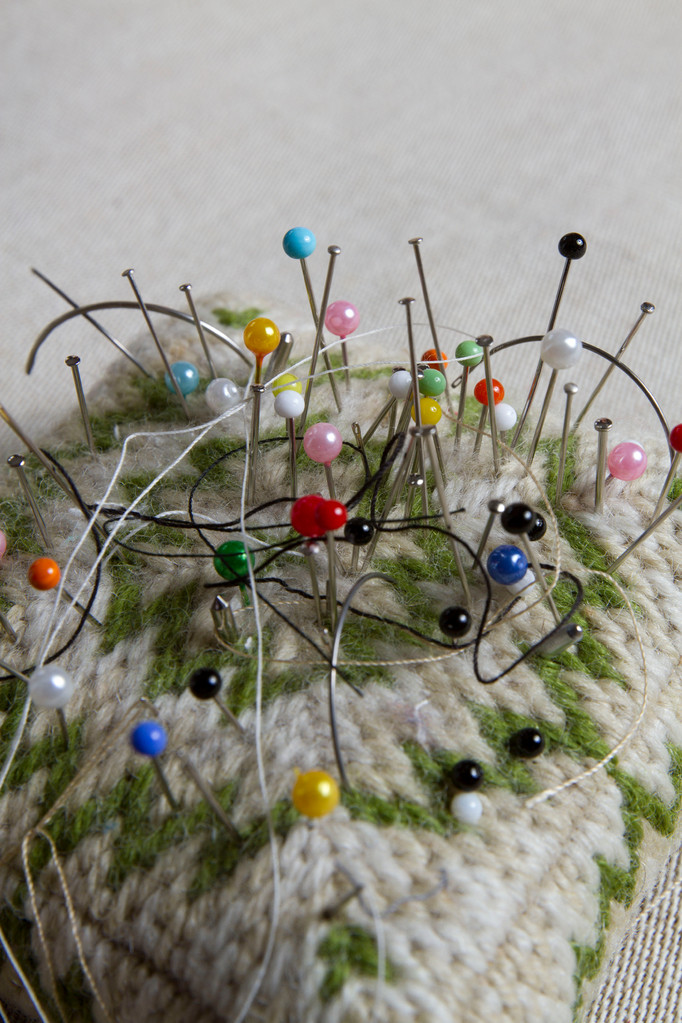 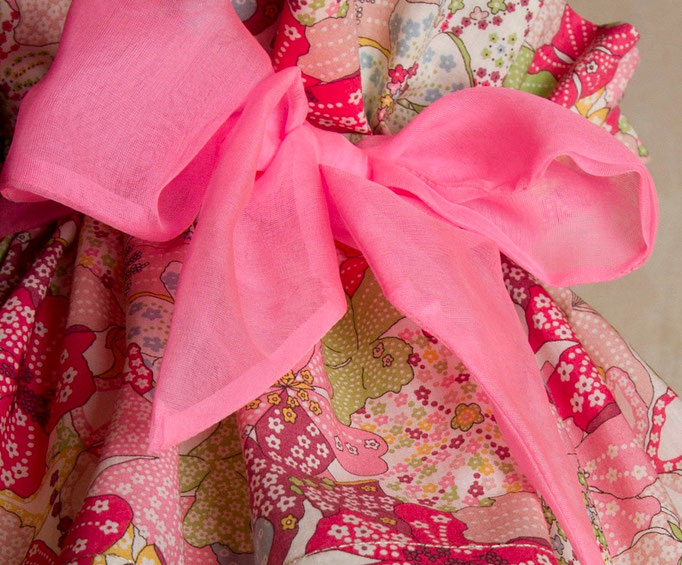 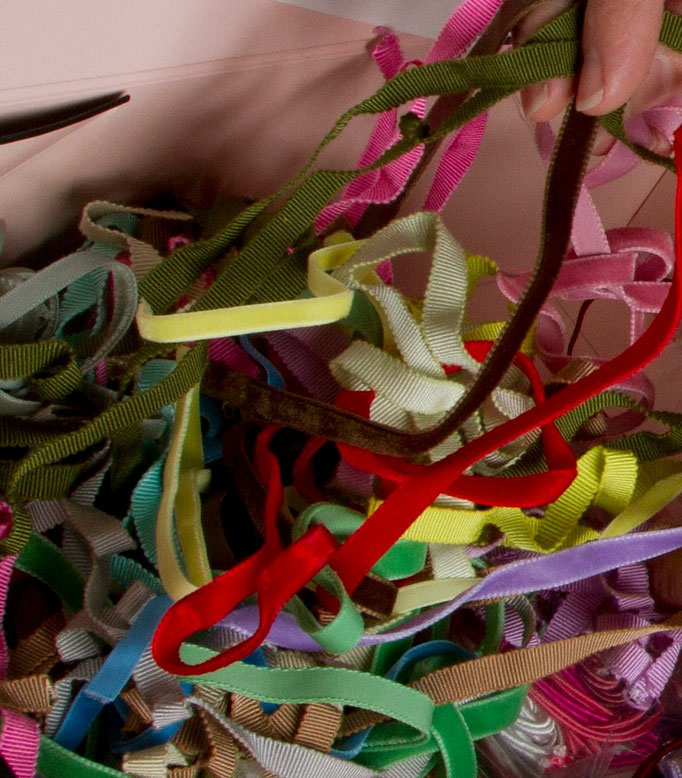 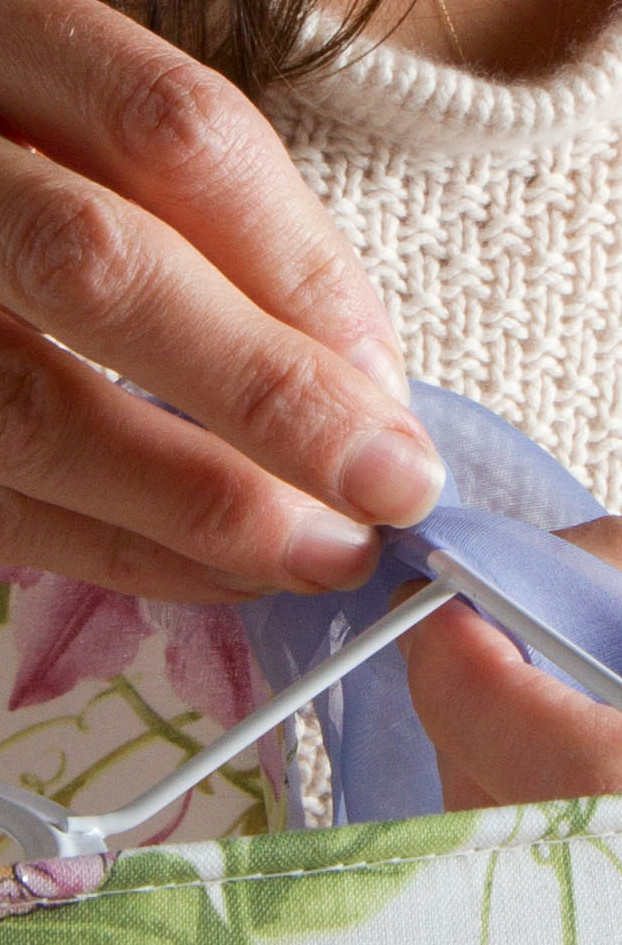 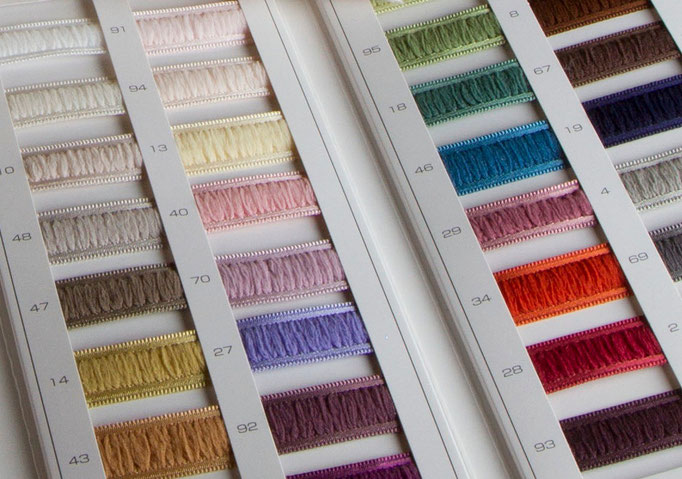 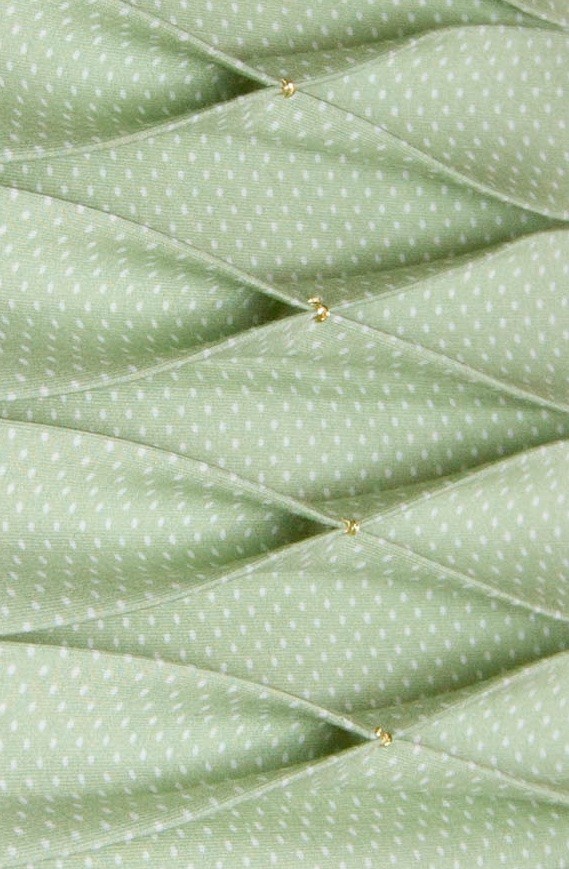 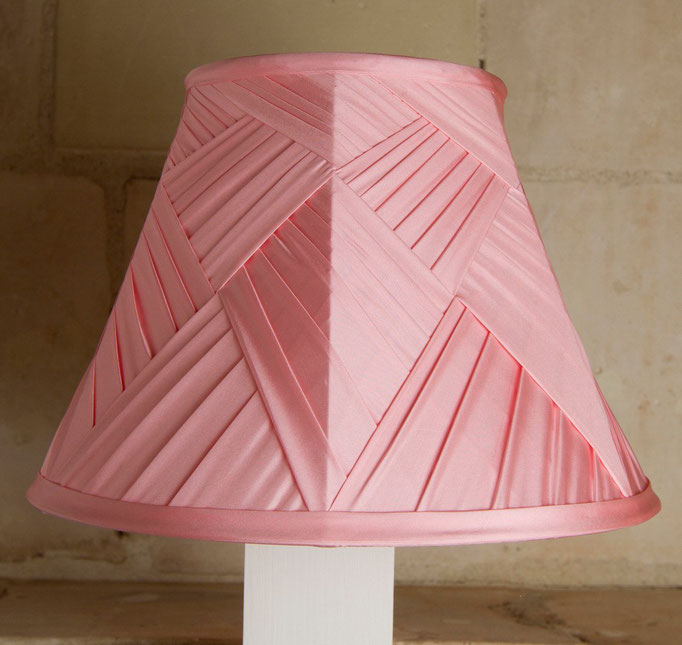 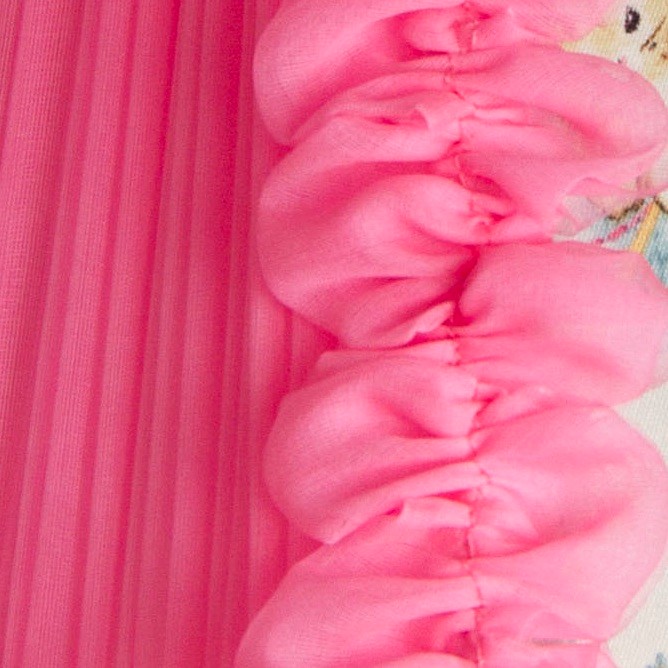 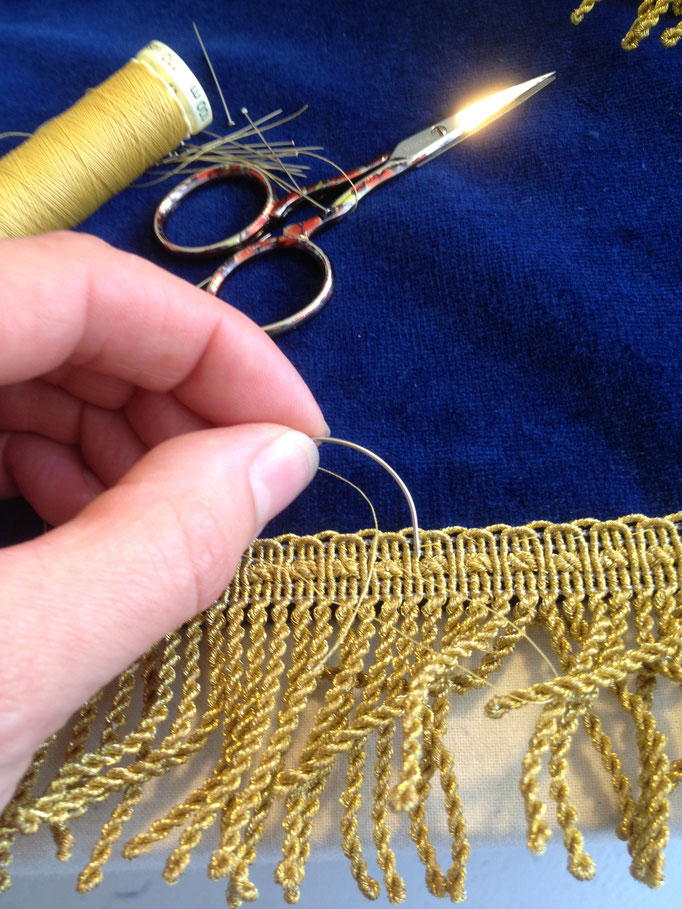 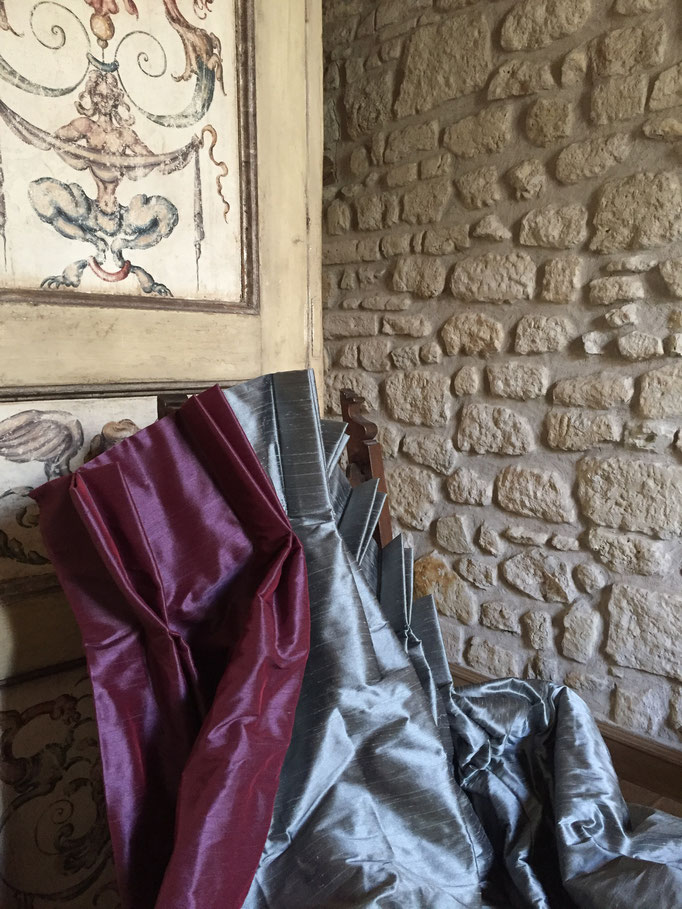 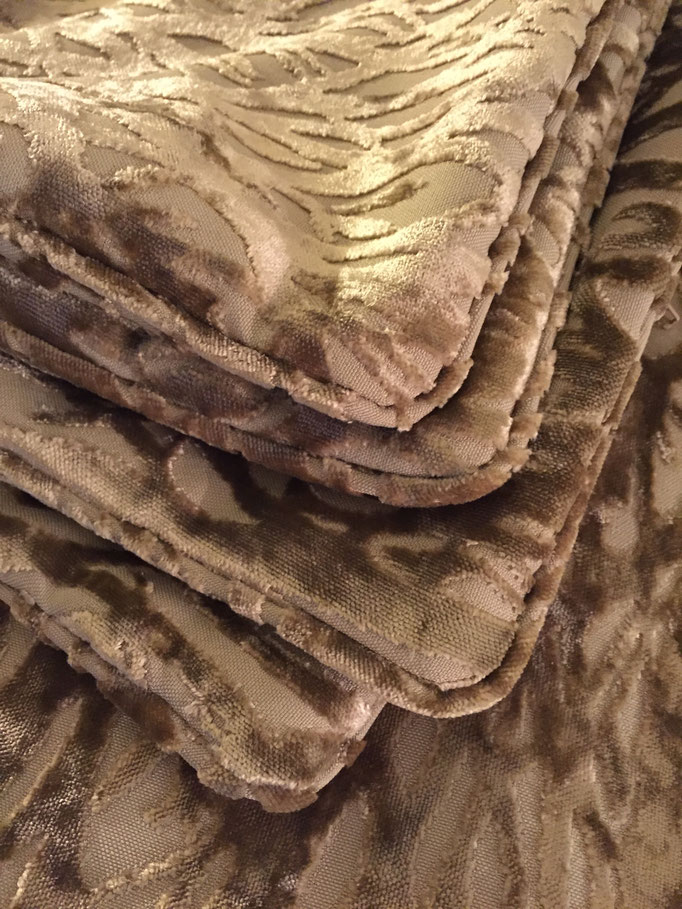 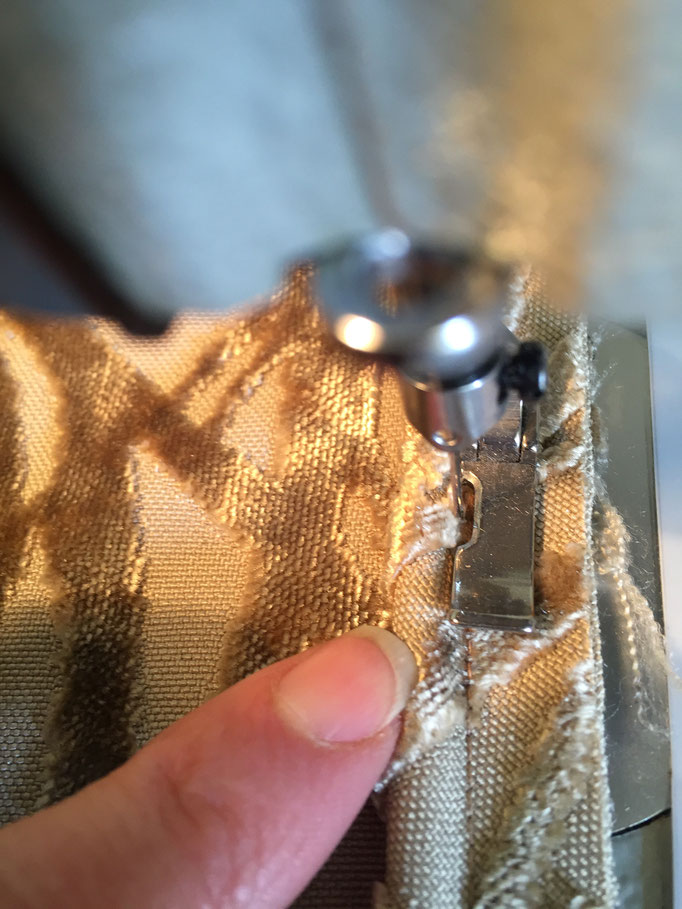 Please do not hesitate to contact me for any of your wishes concerning bespoke work.